Do Not Ignore These AC Repair Symptoms 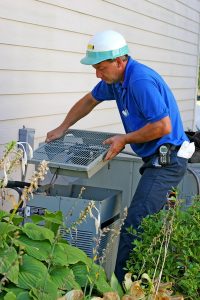 Summer is moving right along, and temperatures are moving right up. You’re already using your air conditioner on a regular basis, and hopefully it’s doing its job quite well. The last thing you need, after all, is a sudden breakdown and repair call when temperatures are at their peak. And the best way to avoid this scenario is with routine maintenance. If you haven’t scheduled your AC tune-up yet this year, it’s not too late!

Of course, even with maintenance, you can still run into the need for air conditioning repair in Bergen County, NJ, especially with an aging system. The good news is that most repair needs give off symptoms well before they’ve affect your air conditioner too much. But it is a very good idea to give our experts a call as soon as you notice any of these signs, which include: END_OF_DOCUMENT_TOKEN_TO_BE_REPLACED

Should I Replace a Failing AC Compressor? 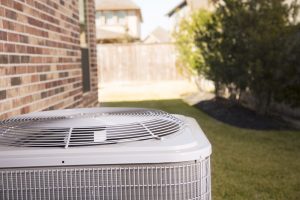 If the thermostat is the “brain” of your air conditioning system, then your compressor is the system’s “heart.” This is one of the most essential components of the AC system, and without a functional compressor, your cooling system won’t produce any cold air at all.

When your air conditioner begins to experience operating problems, the best thing to do is contact your Allendale, NJ air conditioning service pros. The first thing we’ll investigate is, in fact, your compressor as many common AC issues stem from here. So, what if an HVAC technician informs you that yours is failing? What should your next step be? END_OF_DOCUMENT_TOKEN_TO_BE_REPLACED

We recently discussed how now is the best time to get your heating system maintenance done. But with temperatures soaring as of recently, you may still be putting your AC system through a lot of use. And with the cooling season just about over, you probably aren’t giving much thought to repairing the system if something goes wrong.

However, as your air conditioner has been working hard the last few months, you want to be aware of some common late season Wyckoff, NJ AC repair issues you might run into during these final weeks of use. Keep reading to learn more about these common issues and remember to take good care of your AC system! END_OF_DOCUMENT_TOKEN_TO_BE_REPLACED

Why Does My Refrigerant Need to Be Refilled?

The short answer to this question is, “it shouldn’t have to be.” Your AC system is actually supplied with enough refrigerant upon installation to ideally last throughout its entire lifespan. Yet, our technicians still frequently get questions related to refrigerant. It’s understandable that you would ask, and we’re glad you did! It’s important to understand the role that refrigerant has in your air conditioner, and why it would ever need to be refilled. END_OF_DOCUMENT_TOKEN_TO_BE_REPLACED

When is Air Conditioning Repair Just Not Enough Anymore?

It’s not always easy to tell when your air conditioning system just needs a simple repair or if it may be time to consider a replacement. There are a number of reasons you may want to upgrade your system, however if you still have a few years of life left in your current system, this may not financially make much sense.

On the other hand, you don’t want to keep throwing money at an old and outdated system that isn’t working as efficiently as it should. If your air conditioner is showing troubling symptoms but you are unsure whether repair or replacement is the best option, then you should call on one of our professional HVAC technicians to take a look. END_OF_DOCUMENT_TOKEN_TO_BE_REPLACED

Why Your Air Conditioner Doesn’t Run Out of Refrigerant

Many, if not most, electro-mechanical systems consume a fuel to work. Cars use gas, while many heating systems use oil, propane or natural gas. But when it comes to your air conditioner, the main chemical in the system – refrigerant – is not consumed. How, then, does it use refrigerant? Let’s take a look. END_OF_DOCUMENT_TOKEN_TO_BE_REPLACED

Is That Ice on My Air Conditioner?

Your air conditioner does a good job of keeping your home cool and comfortable, but ice on your AC is not indicative of it working hard, it’s indicative of a problem. Scraping the ice off doesn’t fix the problem and you’ll just see it re-build a few hours after you’ve removed it. The best thing to do as soon as you see any kind of ice build-up on your air conditioner is to call your DB Heating & Cooling technician. This is because there is an underlying issue causing the ice build-up, and our trained and certified experts will find the problem and repair it. END_OF_DOCUMENT_TOKEN_TO_BE_REPLACED

Tags: AC Repair, icing, Westwood
Posted in Air Conditioning Repair | Comments Off on Is That Ice on My Air Conditioner?

Signs Your Air Conditioner May Be Low on Refrigerant

Your air conditioner works by removing heat and humidity from your indoor spaces and transferring it to the outside. The chemical that facilitates this transfer is refrigerant. Unbeknownst to a lot of homeowners is the fact that every single air conditioner has to have an exact amount of refrigerant to operate correctly. There is no set standard for this as each manufacturer determines what this amount is according to the the design of the unit. What does this mean for you? This means that if a refrigerant leak develops with your system, it won’t have the necessary amount of refrigerant to run as it should. However, there are some telltale signs that indicate a refrigerant leak has developed in your system, and the experts at DB Heating & Cooling would like to share these with you: END_OF_DOCUMENT_TOKEN_TO_BE_REPLACED

We are getting closer to air conditioning season here in Westwood, and spring offers a great time to test your AC to make sure it’s running as needed. If you choose to test your system before the hot weather arrives (and we recommend you do), you’ll want to listen to your air conditioner. Why? Because strange sounds are one of the main ways your AC lets you know that things are not ok. If you do hear something odd, your best course of action is to turn off your air conditioner and call the experts at DB Heating & Cooling for assistance. END_OF_DOCUMENT_TOKEN_TO_BE_REPLACED

Why Are Parts of the Air Conditioner on the Outside of the House?

Air conditioners are a staple of 21st century life, but the specifics on how they work are often known only to professionals. Services that offer air conditioning repair in Teaneck can usually explain the details if something goes wrong with your system, but home owners can also educate themselves about certain particulars. For example, why are parts of the air conditioner on the outside of the house? The short answer is to vent hot air. But how does a unit designed to produce cool air end up producing hot air?

The components on the outside of the house usually include the condenser valves, the compression coils and the condenser motor. This is where the process of air conditioning begins. Refrigerant gas enters the valve, which places it under a great deal of heat and pressure, and then moves to the coils, where the heat is bled off into the surrounding air. The liquid – still under pressure – then moves inside, where it passes through an expansion valve and into the evaporator coils. As it evaporates, it pulls heat from the surrounding air, which can then be blown into your house to cool it.

That process only works if the refrigerant is in liquid form and it won’t reach liquid form without giving off a great deal of heat. Obviously, you don’t want any of that hot air in your air conditioner, since it will defeat the whole purpose of air conditioning. Hence, that part of the cycle is often left outside. The hot air can be vented into the outside atmosphere and the condenser array can do its job without interfering with the second part of the cycle (the one that produces the cool air). It’s a strange set-up but it makes a lot of sense in terms of efficiency. And with air conditioners, efficiency is the name of the game.

If you know why parts of the air conditioner are on the outside of the house, you also know that the delicacy of the system requires professional attention when something goes wrong.

For air conditioning repair in Teaneck, give the technicians at DB Heating & Cooling a call. We can fix just about anything, so contact us today!